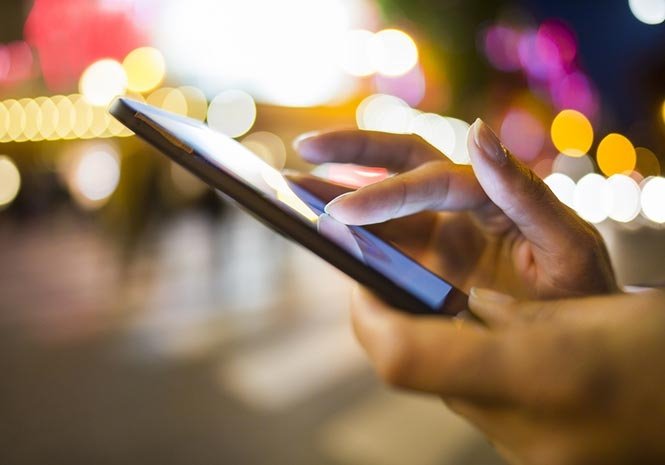 THESE days the only reason some of us still have a landline phone is so we can find our mobiles by calling them.

Remember when the phone was a black bakelite lump with a frayed cable, squatting solidly atop a pile of well-thumbed directories on its own sacred telephone table?

The subsequent march of the mobile has been unprecedented in human history: from the first portable call back in the mists of history (1973), to the first true smartphone just 17 years ago, to nearly five billion mobiles today and rising. Now just about everyone has a smartphone. Except my gran.

Why would she possibly need one? That’s exactly what she said when we gave her a gran-proof Nokia 110 for Christmas. She was expecting bath products.

Given that she’s never understood why new-fangled cash-dispensing contraptions won’t give her exactly the amount she wants (precisely 28 euros and 50 cents last time she tried and failed), persuading her that a smartphone could enrich her life is about as hopeful as convincing her that the royals are alien lizards or Charles put out a hit on Diana.


If this rings (or buzzes) true in your own family, there are in fact a few of what marketers like to call USPs -unique selling points – you might use to drag any ageing techno-luddite into this brave new world.

Always having a camera in your pocket, for one. Indispensable for snapping those precious pix of the grand-sprog’s first steps, second steps, third steps and on into an infinity of hell for anyone forced to view them.

Not having to stay at home specifically to catch The Archers when the latest episode is always on tap as a podcast in your pocket or handbag. Not having to get lost downtown (or four doors down…) thanks to Google Maps (assuming you’ve got your glasses).

There’s Facebook for family news – what we used to call ‘Hatched, Matched and Dispatched’ in the newspaper business.

And the games, all those games with no need to colonise the entire dining-room table for a 5,000-piece jigsaw of Harry and Meghan. From Candy Crush to Angry Birds, it’s now the so-called ‘silver surfers’ becoming so happily addicted to online games on computers and phones.

Then here’s the clincher for all of us nearing our best-by dates: the instant ability to look up today’s latest ailment. AND the ability to email or text it for the full enjoyment of all the family.

THE world’s smallest cellphone is barely bigger than a matchbox. It’s exactly what most older folks don’t need.

But smartphones at their simplest make even those concessions unnecessary. Almost all let you pump up the on-screen text size, in much the same way as e-readers have become an absolute boon for those with less-than-perfect peepers.

If on-screen keypads are still too fiddly, a couple of euros buys a stylus to tap any touchscreen.

And of course there are those indispensable and unlimited alarms, just the thing to remind us to take our next tranche of tablets. But was it the green or the blue ones?