WHEN any foreigner and that of course includes the English, is asked to name a top Scottish football club, then the first two choices (in no particular order) are likely to be Glasgow Celtic and Glasgow Rangers Rangers and the ‘Old Firm’ derbies between the two clubs were the stuff of legend.

All of this came crashing down however when just four years ago, Rangers went into liquidation and, although they still had a tremendous fan base and a huge capacity stadium in Ibrox, the team had to apply, cap in hand, to re-join the Scottish Football Association and started again under new owners in the lowest Scottish division.

The first two years saw them marching up towards the Premiership but then to the great disappointment of everyone they did not get their third promotion in a row and were forced to spend another year in the Championship, the second tier of Scottish football.

When they beat Dumbarton 1-0 on April 5, 2016 in front of 48,500 fans, they clinched promotion and will be back in the Scottish Premiership next season, lining up against old rivals Celtic for the first league battle in four years.

News
NASA today launched the Dart spacecraft from Vandenberg Air Force base in what is an historic mission, the first ever mission to deflect an... 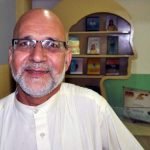 Dead body of abducted Afghan psychiatrist sent to his family

News
House prices have frozen in the once-popular area of the Mar Menor in Murcia as the condition of the over-polluted lagoon worsens by the...