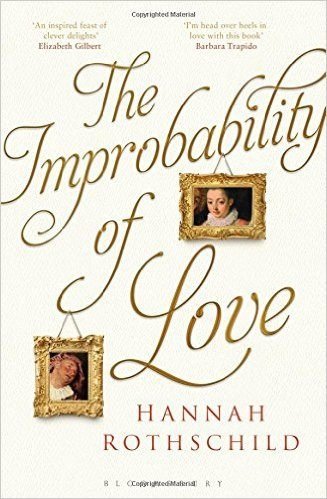 FINDING herself alone after the disintegration of her long-term relationship and trapped in a dead-end job, Annie McDee is searching for a present for her unsuitable lover in a neglected second-hand shop. Within the jumble of junk and tack, a grimy painting catches her eye. Leaving the store with the picture after spending her meagre savings, she prepares an elaborate dinner for two, only to be stood up, the gift gathering dust on her mantelpiece. But every painting has a story – and if it could speak, what would it tell us? For Annie has stumbled across ‘The Improbability of Love,’ a lost masterpiece by Antoine Watteau, one of the most influential French painters of the 18th century. Soon Annie is drawn unwillingly into the art world, and finds herself pursued by a host of interested parties that would do anything to possess her picture. From an exiled Russian oligarch, an avaricious Sheika, a desperate auctioneer, an unscrupulous dealer and several others.