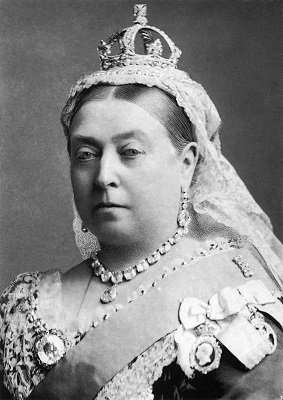 Restlessly, man gazes deep into celestial realms and peers into the deepest oceans. Yet, to truly lose himself, all he need do is to gaze into the depths of a woman’s eyes.

Over two millennium man has created and perfected thousands of musical instruments. He has yet to create a single one to equal the charm of a woman’s sweet melody. If we were to remove the inspiration of woman that stimulate art; poetry, literature, sculpture, music, then our galleries, libraries, and theatres would be eerily empty.

Man is overawed by the greatness of nature, yet never so spellbound as when witness to the process of reincarnation at the birthing bed.

A glance through the history books is all that is necessary to suggest that true power, not just behind the throne but on the throne, is woman power.

England remembers its hapless and cruel kings but fondly remembers the perhaps mythical Britannia. Boadicea (1st Century AD) was the only British leader to humble the Roman Empire. Her French counterpart, Joan of Arc (1412 – 1431), before meeting her fiery fate, humbled the English.

England’s monarchy stretches back over a millennium yet the two monarchs that immediately spring to mind are Queen Elizabeth 1 (1533 – 1603) and Queen Victoria (1819 – 1901). Arguably, the first was the genesis of the British Empire; the reign of Elizabeth 1 certainly elevated England to world power status for the first time.

During the reign of Queen Victoria, the empire, which, before her reign was no more significant than that of competing continental powers such as France and Spain, became the world’s greatest empire. She was crowned Empress of India, the only such title bestowed upon an English head of state.

Taking one country in isolation hardly makes a point. Russia’s Peter the Great is revered but Catherine the Great (1729 – 1796) more so. Her domestic ambitions Westernised and modernised Russia. During her reign Russia became the world’s largest country and was to span three continents.

Spain, Europe’s most machismo nation, was unified by its one notable monarch, Queen Isabella l (1451 – 1504). During her reign, Spain achieved world power status to rival that of England. The Spanish monarch sponsored Christopher Columbus, who, whilst not necessary discovering America, certainly founded it.

The enormous 800 year power of the Austro-Hungarian Hapsburg Empire, Europe’s longest lasting dynasty, was consolidated by Maria Theresa of Austria (1717 – 1780).

Mankind’s odyssey has been lantern lit by women, not all of them were monarchs. The roll call of world-shaping women is impressive; Cleopatra, Helen of Troy. In all fields of activity, whilst women don’t dominate in numbers, they do take the podium of bringing about great change, mostly for the good.