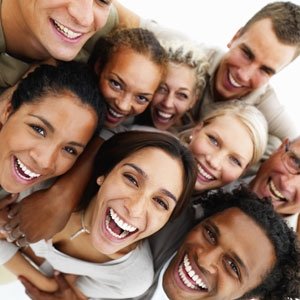 FACIAL recognition software technology is revolutionising the way that comedy is doing business. The Teatreneu Comedy Club in Barcelona has begun charging customers by the laugh and not by the performance.

Recently the government raised the tax on theatre tickets from 8 per cent to 21 per cent and this has reportedly caused big setbacks in the industry.

The comedy club reported that after the rise in tax, audience numbers fell by 30 per cent in one year.

In an attempt to turn things around, the club resorted to an innovative technology and method.

In collaboration with The Cyranos McCann advertising agency, tablets attached to the back of theatre seats have been installed and every time that a person laughs that particular seat is charged €0.30 to a maximum of 80 laughs which amounts to €24. Instead of paying an entrance fee, customers only pay if they’ve actually enjoyed the show.

Conveniently enough, the results can be posted directly to social media after the show and customers are able to see how much they laughed throughout a performance.

The average ticket price, compared to the price before the change, has risen by €6 and has resulted in 35 per cent more spectators! Customers can even pay from their mobile phones on an app. The theatre has even offered season tickets that are based on laughs.

The BBC reports that other theatres in Spain are adopting similar methodologies in the hope of improving their numbers as well.