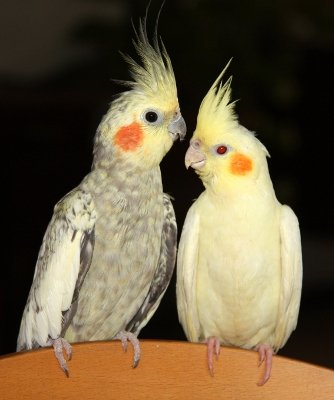 TWO MEN have been sentenced to prison for stealing two tropical birds valued at €60. One man was sentenced to three years and six months imprisonment and his accomplice sentenced to two years.

The court in Malaga heard how the two men broke into a house in Sabinillas at 6.00am. They climbed over the terrace railing and smashing a window to get into the apartment.  The accused went on to break the bird cage and extracted the two tropical birds, known as ‘ninfas’ and valued at €30 each.

The police were called to the property when neighbours alerted the authorities that there were noises coming from the terrace and finally caught the thieves trying to escape in their car, with the two tropical birds near to the house where the robbery had taken place.

The defendants told the court they had bought the two birds off a third party that night but the Local Police communicated to the judge that the occurrence of events did not match the suspects’ version.

The prosecutor saw no reason for the judge to overturn the guilty verdict, even though the defence case stated there was insufficient evidence as no fingerprints were taken and the male identification line up ordered was not held.