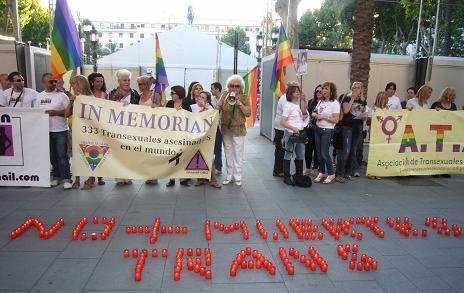 THE high courts in Malaga (TSJA) have confirmed the sentence of 11 and half years for a man who killed his transsexual partner.

The case goes back to 2012 in Fuengirola when the convicted man was living with a person called Sabrina, who was a transsexual. He punched her in the chest knowing the damage that this could cause to a person who had been through the extensive surgical operations that are necessary for a sex change. The punch caused severe bruising in Sabrina’s lungs and she died as a result a few days later.

The jury took into account that the convicted man was heavily under the influence of alcohol at the time of the incident and also that he felt left out of her life due to the fact that she was working as a prostitute and was having frequent ‘relations’ with other men.


They also took into account the fact that the attack was sudden and unexpected and therefore, they considered that, there was no malice or forethought involved in the homicidal actions.

The man has been sentenced to prison for 11 and a half years as well as having to pay the mother of the deceased €86,018 as a compensatory fine.


Private prosecution, paid for by family members of the deceased, appealed for the sentence to be longer and for the amount of alcohol ingested by the attacker to be ignored – the jury saw no reason not to take into account the drunkenness as they considered it to be germane to the case.

The TSJA now considers the matter closed and will not be hearing any more appeals either from the private prosecution or, for the moment, the defence.