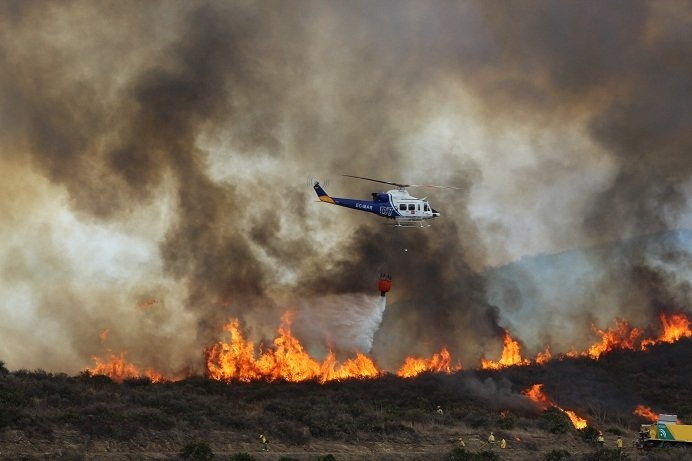 A MASSIVE fire that broke out in Mijas Costa on Sunday afternoon has been extinguished.

The alarm was raised at 5.30pm when neighbours called the emergency system 112-Andalucia alerting authorities to the flames. The fire is said to have broken out between Polarsol and La Ponderosa urbanisations.

A strong wind blew during the fire, which spread the column of black smoke everywhere. It could be seen from many different areas of Malaga province.

As stated by Mario Bravo, spokesman for the Mijas Council, the authorities decided to evacuate the urbanisations close to the fire and Club La Costa (a total of 55 homes) “not because they could burn down but to avoid emergencies associated with smoke inhalation.”

The fire burned a wooded area and there are no reports of damage to property or loss of human lives.

UK
Princesses Beatrice and Eugenie were stripped of their security, it has been brought to light after Prince Harry’s plea for police protection in the...