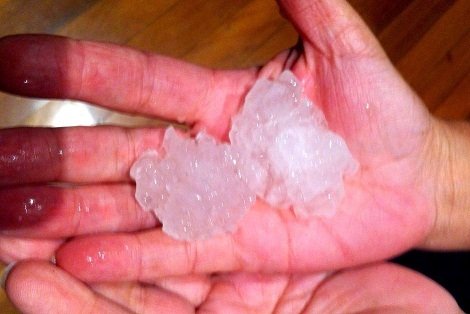 As high temperatures scorch the UK, Madrid was hit by a heavy hailstorm on Thursday afternoon.

San Blas, Barajas and Vicálvaro were especially hard hit by the surprise storm. Many of the pieces of hail were reported to be as large as marbles and even some as golf balls.

The storm caused traffic jams and delays but there have been no reports of injuries. Four international flights had to be diverted and the metro service was interrupted. Firefighters responded to more than 100 calls due to the trouble the hail caused. Over the last 24 hours, other Spanish cities in the region have had similar strange weather.

The storm lasted only 10 minutes and covered the city in a white blanket. Twitter and other social media sites were abuzz with photos of the white summer in the Spanish capital.