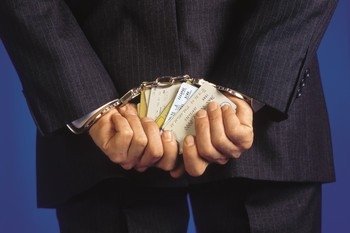 A third person, who is currently serving a prison sentence, has also been charged.

They would apply for the credit cards with information gathered from several different “source applicants” (the name from one, the account number from another etc) and then added a fake address for the cards to be sent to and then they picked them up in order to get the pin number and use them.

The two women, 30 and 23, were detained in Malaga last month on suspicion of falsifying paperwork and swindling and the third suspect, a man of 32, was charged with forgery. He is currently serving a prison sentence for an unrelated crime.


The two women detained were working for a commercial agency and were in charge of getting clients to sign up for credit cards from a well known bank. They used this commercial activity as a cover up for their own, illicit activity which consisted of using information from several different applicants to get one credit card and then having it sent to a fake address from which only they could pick it up and get the pin number.

Investigations started in March when the police received a complaint from a association for the handicapped in Malaga stating that there were several charges made on the association’s card that did not fit with previous purchases.

Once investigations began it became obvious that the association was not the only victim and the police found there were a lot more victims. All of the victims had been caught in the same way as the association.


After their arrest, police proceeded to search the residences of the two women where they found, and confiscated, several computers, bank cards, a lot of fake documentation, mobile phones and micro sd memory cards.

The two women are currently on remand until their case can be heard.