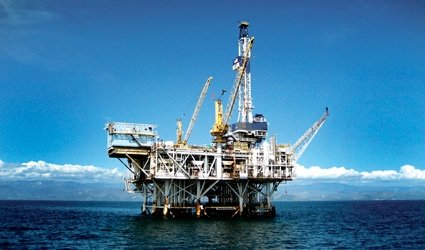 CAMPAIGNERs are warning of environmental threats from new oil-drilling projects off Spain’s Balearic and Canary Islands. The group, Ecologists in Action, said in a report that 10 oil installations are already operating off Spanish coasts and new oil-prospecting licences have been granted.

Carlos Arribas, Valencia spokesman for the association, called the drilling plans ‘a threat to the integrity of the Mediterranean’. The group said the proposals, along with the current projects, pose a ‘constant risk of pollution’ and threaten sea species and fishing.

In the Balearic Islands, the company Capricorn Spain Limited, an off-shoot of Scottish energy group Cairn, is carrying out environmental impact studies prior to beginning oil exploration.

“There is emphatic social opposition to these prospecting projects,” said Arribas. The controversial plans come after recent demonstrations in the Balearics and Valencia.

Holidaymakers visit many of these places for their natural beauty, but with drilling posing a threat to this factor it could have an impact on tourism.


Ecologists in Action also said that sonic shocks used by the companies are a major threat to species like sea tortoises, whales and dolphins.

Spain is hugely reliant on energy imports, buying in 99.9 per cent of its oil and gas. It is for this reason that the current government is keen to find resources locally.