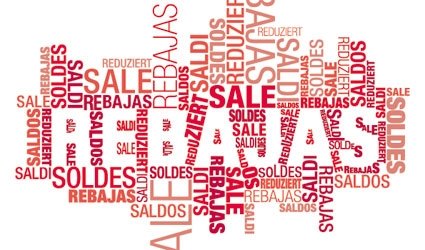 SALES have grown between 5 and 8 per cent in the winter ‘rebajas.’

The Alicante Trade Federation (Facpyme) announced a ‘positive’ campaign during the winter sales this year, with sales increasing “between 5 and 8 per cent” according to a survey of merchants compared to the January sales in 2013.

They say the sales performance is mainly due to the increase of consumer confidence, which “perceives a slight improvement in the economic situation” and as a result of the “significant” savings.

Sales of clothing, shoes and accessories represented over 70 per cent of sales, followed by electronics (14 per cent) and appliances (11 per cent).

The first two weeks of January reported the highest number of sales, but in the last few days items were further discounted by up to 70 per cent.


The Facpyme represents 59 associations, which together make up more than 10,000 small and medium enterprises in Alicante province.