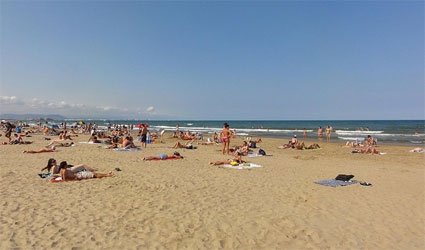 This spending marks an increase of 13 per cent over the previous year and one of the highest increases in spending at a national level, where the average increase is 9.6 per cent.

The bulk of spending was done by the British tourists; around €1.6 billion, 11.1 per cent more than in 2012, followed by the French with €647 million, representing a significant increase of 29.3 per cent.

Regional Minister for Tourism, Maximo Buch, said the data is “a sign that Valencia has become a preferred destination for international tourists. This rise of tourism expenditure supports the momentum of the tourism sector for quality and good service.”

In Murcia Region, spending by foreign tourists also increased compared to 2012, by 2.4 per cent, representing an increase of €16.9 million.