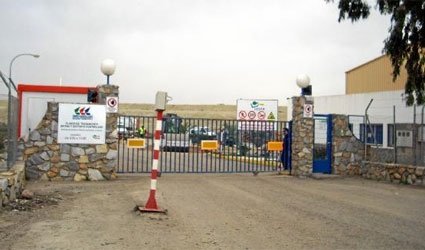 ALBOX Town Hall will charge towns which use the municipal tip €12 for each tonne of rubbish which they dump there.

The council rejected the appeal from the Almanzora-Levante-Los Velez Rubbish Management Consortium against the plan.

The municipal dump will be used by 40 surrounding towns once the official notice has been published in the Official Provincial Gazette, which the mayor, Rogelio Mena, said would happen within a few days, according to a recent report in local Spanish daily Diario de Almeria.

The law which will appear in the gazette explains what type of rubbish will be subject to pay the fee, which includes agricultural or clinical waste, dead animals, furniture, rubble and even abandoned vehicles.

The mayor explained that the management of the consortium will be asked for a monthly report of the tonnes of waste taken to the tip by each town. That way, he explained, each town hall will be presented with a bill. All towns that wish to use the tip will have to previously advise Albox town hall and the fee will be paid directly to the municipal treasury.


The mayor said that the fee is fair because it is Albox that has to put up with the smell from the tip, repair the roads leading to it and pay for its upkeep.

However, the President of the Consortium and mayor of Olula del Rio, Antonio Martinez, complained that Albox coffers already receive €20,000 property tax from the tip, plus €20,000 in road tax from the vehicles which work there. Plus, he said, it gives work to more than 30 locals. The Consortium may take measures to prevent this fee from being implemented as they consider it unfair.