the art of publishing
More
Home Columnists Mike Walsh Is e-marriage for you? 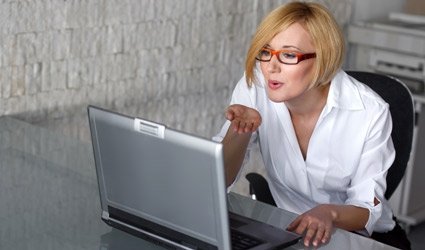 ONLINE dating can get a bad press but no one should be discouraged from internet romance because it sometimes goes wrong.

Finding yourself entangled with a love-rat you met at a social event is more commonplace.

According to research carried out by the University of Chicago more than a third of marriages begin online. It also reveals that online couples have happier and longer marriages.

A study by the National Academy of Sciences agrees: “Couples who met online were more likely to have higher marital satisfaction and lower rates of break-ups than relationships that began in face-to-face meetings.”

People who meet online tend to be more mature and in higher paid occupations. Among the least successful marriages were those in which people met at bars.

A strong supporter of online dating is Neil Clark Warren, CEO of online dating agency eHarmony. His aim is to reduce divorce from 50 per-cent to single figures. He says: “It is not that it is too easy to get a divorce. The problem is caused by it being too easy to marry.”

Jeffrey A. Hall, associate professor of communications at the University of Kansas advocates online relationships. “Online dating was once regarded as a bad or dangerous place, a warehouse of losers or creeps. We are seeing a see change in those views.”


Being single is the ultimate self-indulgence but the hitch is that you can become a social outcast. Take a restaurant table that would normally seat four and you soon learn the meaning of indifferent service and funny looks.

Booking a theatre seat or taking a holiday on your own guarantees your coming across as Billy No-Mates.

Having divorced I had no wish to commit but I did miss female company.  Signing up to an online dating agency I candidly explained my preference for a platonic relationship. Such candour earned me respect. There was no shortage of dating opportunities and most were thoroughly enjoyable occasions.

Economy with the truth is a tendency when subscribing to online dating agencies. Typically the use of flattering photographs, some of which were taken years earlier.  One lady date used an image of her daughter as it got her more dates. Men are equally adept at telling white lies. Part of my night’s entertainment was hearing of the failings of earlier dates. I hope they are not talking of mine.

Whilst much research is American based it is likely to mirror European studies and findings. Online courtships reach the altar in 18 months.  Offline courtships take 42 months which suggests less confidence and commitment.

Subscribers to online dating services by gender are fairly evenly divided. Two thirds say common interests are the most important factor when looking for a partner. Physical appeal is important too, an asset placed at 49 per-cent. Personality is a definite plus, whilst hair colour preference is evenly divided between blondes and brunettes.

Watch the Video: Can you Take a Swing at This Roger Federer Tennis Challenge?