the art of publishing
More
Home Columnists Vicki McLeod Bah Humbug! Between a rock and a hard place 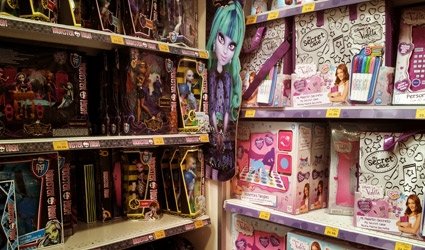 I went to see Isla Theatre Project’s production of A Christmas Carol last weekend in Palma. Did you catch it? You may have because the theatre was packed out the night I went.  You can get more information about the company at their website: www.islatheatreproject.com Small but ambitious, I like their grit and determination and they deserve everyone’s support, so please pop over to their site and sign up for their newsletter.

The production was a highlight of our festive season, but I’ve got to tell you that my lowest point was shopping in the kid paradise, parent hell that is Toys R Us. It happens every year: I think I’ve aced Christmas and got all the presents and done all the jobs, we get past New Year’s Eve, I think I’m home and dry and that the new school term is just around the corner. I think that I’ve spent all the money on dumb stuff that I am going to have to spend, and then WHAMMO! There’s Three Kings. It wasn’t on my radar, but it’s certainly on my daughter’s. Somehow this year she had already written a letter to the Three Kings AT SCHOOL and that the kings “know” what she wants and that it is a secret. This then triggered a covert operation where my husband and I had to figure out or coerce her into telling us what she wanted in order that we could support a belief that we don’t share because we didn’t want to upset her.

What she wanted is what I loathe the most: those dreadful skinny ugly/beautiful Mattel dolls from Monster High. She already has six of the things, bought for her by a variety of doting relatives over the past year or so, she’s also inherited at least one from older girls who have grown out of them. Have you seen them? They are truly awful. They’re characters from a cartoon which are supposed to be teenage monsters at an American high school. The cartoon portrays the same dramas and relationships as regular teenagers: unrequited loves, petty disputes, bullying, but all of course with a happy ending where they all get to go to the prom. I know that “Draculaura” and “Clawdeen Wolf” and “Frankie Stein” probably aren’t going to look like regular teenage girls, because they are monsters, zombies, and vampires: the undead, after all. But these dolls have size zero figures, ridiculously long legs, enormous eyes and trout pouts. They are dressed like strippers in teetering heels and they all have fabulous hair, although that could be green or blue rather than a luscious blonde. The worst bit of all is that they cannot stand up on their own. They have to have plastic frames to lean upon in order to stand up. What does that say about the design? I just don’t like the idea that my daughter is into dolls which cannot even stand up unsupported. How is that teaching her to be a smart, independent, healthy young woman?

This was all in my mind when I was in Toys R Us last Saturday (yes, of course I would have to be there the day before Kings, elbowing fellow parents out of the way, losing my mind and seething about what she wants the Kings to bring her). So I ask myself, what are the other options? What alternative could I give her which she would like? To be honest, there were none. The other choices are simpering sweet perfectly pink girls (with fabulous blonde hair) or Disney Princesses (ditto hair) which are just as unrealistic as the monster dollies. So being stuck between a rock and a hard place which do you choose? Little miss perfect or ugly/beautiful? Bite the bullet McLeod and pay up. Welcome to the family “Abbey Bombinable”.