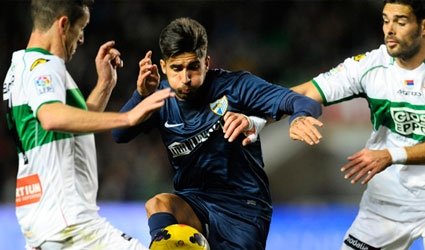 THERE are some great matches coming up at La Rosaleda for the second round of the league. For those who have not already bought a season ticket there are some good deals to be had to watch some of the best football in the world.

Due to visit in the second half of the season are top teams including Real Madrid, Atlético de Madrid, Valencia CF, Real Sociedad and Sevilla FC.

All these second round games, including the last first round match against Atlético de Madrid, are included in the second round 2013/14 season ticket.  And you can pay in two instalments with the second not being due until March.

More prices are available from http://www.malagacf.com/en (in English)