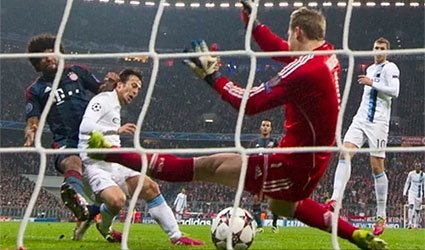 Manchester City played beat Bayern Munich 3-2 in the Champions League match held last night. Despite being 2-0 down in the early stages of the game, they came back with strength and scored three goals to win.