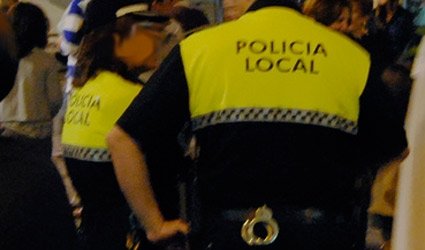 LOCAL POLICE in Olula del Rio have been recognised for their good work.

The Mayor of Olula del Rio, Antonio Martínez, and the Security councillor, Francisco  Navarro, took part in an act recognising the good work carried out by the local police. In two recent incidents police arrested two people who had broken into a house to commit a robbery. The officers, after being alerted by the owners, began an investigation and managed to track down the offenders who were driving a vehicle.

During the inspection of the car, they located tools used in the burglary and the culprits were brought to justice.

Agents were also thanked for their extraordinary work in a second incident when two young girls went missing from their homes for more than three hours.They were eventually found on a road close to Macael.The girls explained that they had accompanied a friend home and upon returning they got lost.The search by the Local Police after families raised the alarm had a happy ending and the children were returned to their homes.

World News
The University of Michigan will pay $490 million to over 1,000 victims of sexual abuse at the hands of a former sports doctor.The University...

Top News
A fatal infectious disease has seen its cases exceed pre-pandemic levels, leading to warnings to look out for the early signs and symptoms. Cases...