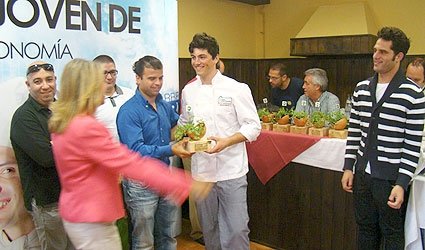 BENAHAVIS and the local Catering School congratulated Mistry Marco Jimenez, a graduate from the school from 2010-2012.

After graduating, Marco moved to Casino Marbella before joining Catalan chef Paco Perez in his two-star Miramar restaurant. Earlier this year Paco invited Marco to join the culinary team at his new restaurant ‘Five by Paco Perez’ in Berlin.

The team in Berlin has received their first award, the 2014 German Michelin Star.