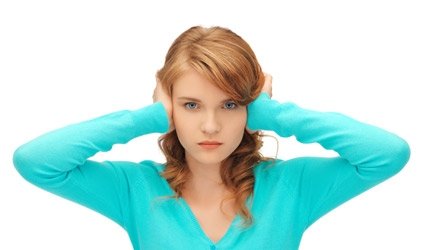 WE go to work in noisy cars, relax at home listening to music on hi-fi devices, go out to bars and pubs crowded with people, go to concerts and football matches… Nowadays, avoiding noise is a difficult task and, without even noticing, many people have lost the value of a bit of peace and quiet.

Now a Scientific Committee on emerging and newly identified health risks has stated in a study that listening to music at more than 89 decibels for an hour everyday significantly raises the risk of deafness over five years.

Between two and a half and 10 million European citizens might be affected by an exposure to loud noise.

And Spain is one of the most noise polluted countries in the world, coming only after Japan, according to the Committee. More than 9 million Spanish citizens are exposed to noise levels way beyond the tolerance barrier of 69 decibels suggested by the World Health Organisation.

Furthermore, the National Statistic Institute confirms that noise is the topic Spanish complain more about. “Noise is the most common problem in Spain ahead of pollution,” The Enviroment Ministry said in its annual report.

Changing  ‘in-earphones’ for headphones, trying to avoid the giant speakers at concerts,  and using fewer drugs that can damage hearing (like some anti-biotics) are some of the best ways to protect against deafness.