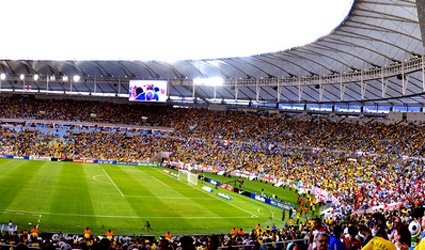 Tomorrow afternoon (Friday), 5.30pm Spanish time, the draw will be made for the 2014 FIFA World Cup in Brazil… and with England unseeded, we could see Roy Hodgson’s team in the same group as Spain, perhaps the host nation, even Germany, perhaps Holland or Belgium, while on the other hand, they could face two of the minnows. We’ll see,

This weekend, 40 teams will compete in the FA Cup, all hoping to make progress and then get drawn against one of the Premiership big boys in round three. At least one non-League club will make it through – Macclesfield or Brackley Town.