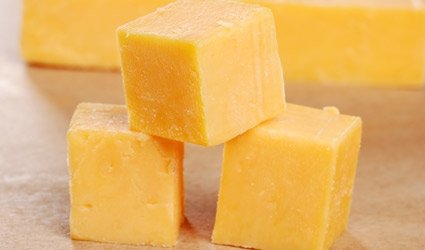 Sales of mild cheddar so far this year have only reached £161million (€193 million) of the total £2.6 billion (€3.1 billion) cheese market, the study claims.

In contrast, sales of blue cheese, extra mature cheddar and continental cheddar have gone up by 14, 12 and 10 per cent respectively, according to the study.

This could be proof that Britons are now demanding stronger flavours.

In fact, the study found that shoppers considered that this factor was more important when buying cheese than price.

The market researcher has placed Tesco and Morrisons as leading supermarkets in providing alternatives to mild cheddar.

While the former has been focusing on continental cheese, it says, the latter has opted for British cheeses.