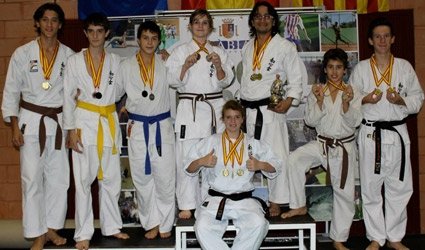 Washinkai Karate won an incredible 18 medals and three further awards.   Lawrence Phillips and Taylor Brown became Spanish champions by defending themselves against a series of attacks carried out with both bare hands and weapons while their instructor Geovanny Sanchez won the title of Spanish National Champion of Kata (forms)

The full results for Washinkai karate were:

With only seven competitors Washinkai still managed to finish in overall 3rd place at the end of the championships. The competition was staged by the Spanish National Association of Self Defence in collaboration with Javea Sports Council.