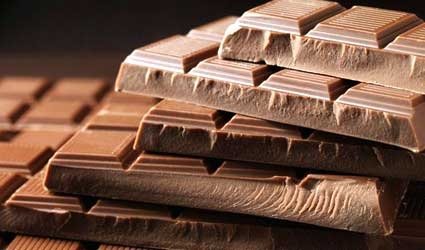 CHOCOLATE has gone from guilty pleasure to just a pleasure.

A study carried out at the University of Granada has revealed that teenagers who eat more chocolate have less excess fat on their bodies.

The research studied chocolate as a food traditionally linked to obesity, and measured the body fat index of 1,458 Spanish teenagers.

The findings were surprising: those who eat more chocolate are the thinner.

The researchers, however, didn’t seem to be so surprised as they stressed the antioxidant and anti-inflammatory properties of the once-banned-from-diets food.

In fact, they claim what makes people fat in chocolate are the sugar and milk used to make it.