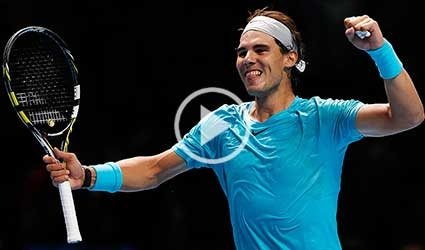 World No. 1 Rafael Nadal beat his greatest rival Roger Federer 7-5, 6-3 at the ATP World Tour Finals on Sunday afternoon to reach his 14th final of the year.

He will next face Novak Djokovic or Stanislas Wawrinka, who are playing later tonight.