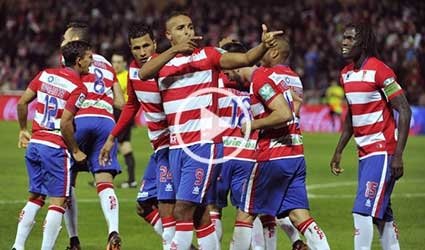 Malaga added another loss to its irregular 2013/14 season against Granada this time with a final score of 1-3 at Los Carmenes Stadium. Moroccan striker El Arabi was last night´s hero scoring all three goals for the home team.

“Granada´s second goal hit us hard after we finally got to tie the game”, said Malaga´s coach Bernd Schuster. “We lost confidence and made a few mistakes in defense that ended up costing us another goal”.

The win allows Granada to climb in the classification to the 11th position with 14 points, passing Malaga by one point.