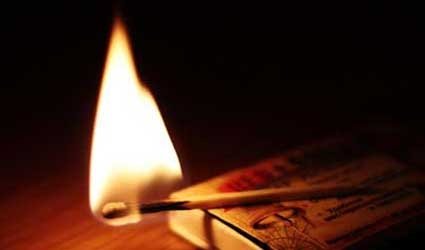 A WOMAN, 38, has been sentenced to 15 years in jail after setting fire to a house in Inca with four of her relatives inside.

She attempted to kill her brother-in-law, his wife and their two children when they were sleeping in their home in October 2011. They managed to escape although they all had to be treated for smoke inhalation.

The woman admitted in court that she did not get along with them and took a carafe full of fuel, some cushion covers and the keys to their house, went inside and doused the doors of the bedrooms in which the couple and their children were sleeping with petrol. She then set fire to the covers and went downstairs, where she also poured petrol at the entrance and lit another fire. She left the house and locked the door behind her.

The man woke when he heard explosions and was able to rescue his wife and children. The fire caused €33,698 worth of damage. The woman was arrested 10 weeks later and remanded in prison charged with attempted murder and arson.