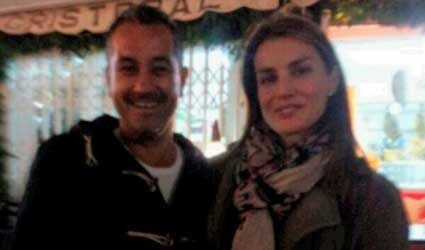 THE Prince and Princess of Asturias accompanied by their daughters spent the long holiday weekend in Almeria province.

For their stay they chose a chalet in the coastal town of Agua Amarga in the Cabo de Gata. After having lunch in a restaurant at the Isleta de Moro the family moved on to the town of Nijar early on Saturday afternoon. Without bodyguards, like typical tourists, the royal family passed through the streets of the town, stopping at typical stores selling rugs and ceramics and greeted all those who wanted to stop them.

News spread fast through the town of the unexpected royal visitors and it was the town citizens who notified the mayor of their presence as crowds of people stopped to say hello.The mayor later thanked the royals for choosing his town to visit, calling it important for Nijar. The royal family later moved on to Mojacar,visiting the old town and dining in La Taberna restaurant according to sources. On Sunday the family stopped off in Tabernas to visit Sir Ridley Scott on the set of the movie Exodus, before heading home to Madrid.