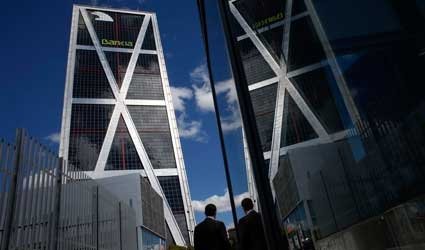 MADRID (Reuters) – Spain’s biggest bailed-out lender, Bankia <BKIA.MC>, showed on Monday it was on track to meeting yearly profit targets after it was cleansed of its worst assets, although a weak economy is still hurting its net lending income.

Bankia, which posted a record 19.2 billion euro (16.3 billion pounds) loss last year because of soured real estate deals, swung back to profit in the first quarter of 2013 but is still in the middle of a painful restructuring.

The bank became a symbol of Spain’s financial crisis after its woes pushed Spain to seek a 41 billion euro aid package for its weakest lenders last year in the wake of a property crash.

As with many of its Spanish peers, Bankia’s bread and butter lending business has suffered compared to a year ago, as low interest rates ate into margins and credit declined.

Net interest income, a measure of earnings on loans minus deposit and financing costs, dropped 29 percent to 1.73 billion euros in the nine months to September.

Net interest income at Bankia did rise in the third quarter of 2013 from the second and some banks are beginning to show small improvements in net lending income as Spain exits a two-year recession.

Bankia posted a 362 million euro net profit for the nine months, beating analyst expectations, in part thanks to a rise in fees. Including parent group BFA, which houses stakes in Spanish companies which are gradually being sold off, BFA-Bankia posted nine-month profit after tax of 648 million euros.

That should put it on track to meet an 800 million euro profit target for 2013, a key step in its restructuring after it took 18 billion euros of European aid.

Though Bankia has moved most of its toxic property loans and real estate to a government-backed “bad bank”, its bad loans as a percentage of total credit are still rising – mainly the effect of shrinking total loans.

The ratio reached 13.6 percent at end-September versus 13.4 percent at the end of June. The sector average in Spain was 12.1 percent in August. 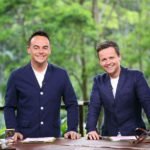 Entertainment News
I'm A Celebrity hosts Ant McPartlin and Declan Donnelly have made reference to the allegations that Downing Street staff had a Christmas party during...