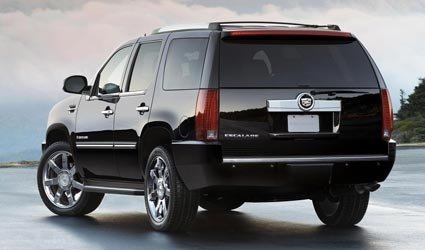 Production for the 2015 Escalade begins in spring in Texas, with the release in European markets scheduled for the end of 2014.

Offered with 2WD and 4WD drivetrains, Escalade features a new 6.2 litre  V-8 engine that is more powerful and more efficient than previous models.

The new interior is also quieter, thanks to a stronger new body structure and Bose Active Noise Cancellation technology.

CUE, Cadillac’s system for connectivity and control, is standard featuring voice recognition with touch controls common with the world’s most popular tablets and mobile devices.

A standard 12.3-inch digital gauge cluster can be reconfigured with four themes and a head-up display projects information on to the windshield.

Escalade’s technologies also include safety features to help protect occupants before, during and after a collision.

These include front and rear automatic braking, which relies on short-range radar technology and ultrasonic sensors to help the driver prevent front and rear low-speed collisions via a progression of alerts that extend to complete braking.