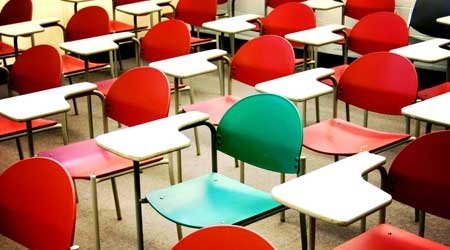 THE Education Department has threatened that it could take measures to make the San Patricio Catholic School in Malaga respect the wishes of a transsexual pupil.

The school refused to allow the pupil to wear a girl’s uniform. The child is six and has been at the centre for five years without suffering any type of discrimination.

The child’s parents have asked them to respect the gender with which the pupil identifies, but the school believes it could have a negative effect on other students. The school authorities have said until there is a court order in place to say that the child can wear a girl’s uniform they will not change their opinion.

This goes against the recommendations issued recently by the Territorial Education Department to prevent discrimination against transsexual pupils, and the school has been warned that measures could be taken to ensure they comply with current laws.

The Department of Education has indicated that transsexual pupils have the right to be referred to in class by the gender with which they identify, be allowed to wear the uniform or clothes which they prefer according to their sexual identity, and be able to choose which toilets they use.

They have sent guidelines to be implemented in schools, regarding class lists, report cards, student cards and other documents so that they refer to the children with the gender with which they feel identified. It also requires teachers to refer to the children by the name agreed by their families, and that when there are group activities, the children should be placed with the gender with which they identify and be able to dress in boys’ or girls’ uniforms, as they feel more comfortable.