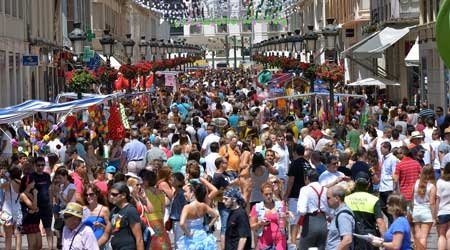 NEXT year, Malaga’s feria will once again include August 19 after a city hall U-turn.

The council has gone back on its plans, and whereas this year it was not included, in order to make June 18 a holiday, next year, it will be.

The other option proposed was to do away with the day off in lieu of the National Holiday on October 12, which falls on a Sunday… But that was not popular, so instead June 18 will be a working holiday, as only so many holidays can be taken per year.

This has been done to respect the wishes of the catering sector in the city, but breaks a promise made with several religious brotherhoods. The catering and tourism sector has already proposed that next year’s ‘feria’ be held from August 15 to 24.

Gibraltar
Stained Glass windows installed at Gibraltar Central Hall based on a design by competition winner Sean Ballester.The piece titled ‘The Dance’ was sent to...