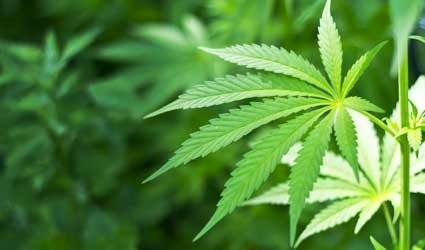 SPAIN’S economic crisis is affecting the sales of marihuana.

The Guardia Civil claims to have seen an increase in the growth and consumption of the drug in Mallorca, and believe that one of the main reasons affecting this rise is the state of the economy.

The demand for the substance is also said to have increased as the price has decreased in relation to other similar substances.

Trafficking marihuana on a small scale has also attracted people living in shelters and youth consumers looking to make extra money. However they’re unlikely to make fortunes, “for the business to be profitable they would need at least 100 plants, and that requires a considerable investment and lots of space,” according to Miguel Jimena Chief Lieutenant of the Crime Equipment and Antidrugs (EDOA) department of the Guardia Civil. He warned that trafficking marihuana, even in small measures can still lead to a prison sentence.

So far this year the department has seized hundreds of plants and removed 30 kilos of the drug from circulation. By the end of the year they expect to have confiscated around 100 kilos, which conforms to the average annual figure.

The chief lieutenant explained that it is not the cultivation of the drug that is the main problem they’re facing, but the increased production for sale and consumption of the drug,