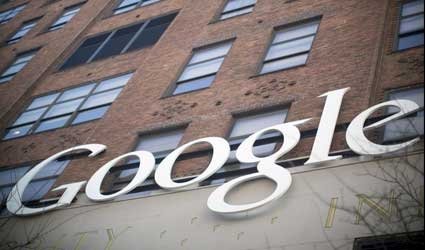 (Reuters) – Google Inc shares jumped to an all-time high above $1000 after the search engine giant reported a surge in mobile and video advertising that helped drive quarterly revenue up 23 percent.

At least 16 brokerages raised their price targets on the stock to between $880 and $1,220, with Deutsche Bank bumping up its target price by 26 percent.

The shares rose 13 percent to $1007.40 after the opening bell on the Nasdaq, before easing back a few dollars.

Google said paid clicks increased by a quarter in the three months ended September 30, from a year earlier, the highest rate of growth in the past year.

This offset an 8 percent fall in average cost-per-click, the price advertisers pay Google when consumers click on their ads.

“We view solid paid clicks growth to be a good indicator of demand, driven by the continued shift to mobile,” J.P. Morgan analysts said. They had expected 21.5 percent growth.

In contrast, analysts say Yahoo, which this week reported a tepid quarter, has lost market share in display and search advertising in the face of strong competition from Facebook Inc and Google.

Contrafund added to its stake in Google in the third quarter and got a big lift from the surging performance of Facebook and Tesla Motors Inc as well. The fund, managed by star stock picker Will Danoff, returned 8.94 percent in the third quarter, easily beating the 5.24 percent advance of the S&P 500 Index.

Facebook is expected to report its third-quarter results on October 30.

To counter declines in cost-per-click rates, Google rolled out in February a service to help advertisers market through a mix of smartphones, tablets and desktops.

The J.P. Morgan analysts said this drive was a major opportunity for Google in the upcoming holiday season.

YouTube branded video-ads grew more than 75 percent in the quarter, from a year earlier, with 40 percent of traffic now coming from mobile devices.

Analysts at Jefferies said Google is best positioned to benefit in mobile with one billion Android activations. The company sells applications and content through its Google Play Store.

The Mountain View, California-based company – known for its Google Maps service, Chrome browser and Nexus line of smartphones and tablets – reported a 32 percent jump in revenue from the rest of world (excluding UK) during the quarter with growth coming from Japan, South Korea and Australia.

” is an encouraging bright spot. Google should be a good play off any European and Emerging Markets recovery,” analysts at RBC Capital markets said.

“We think the worst is behind Google from a sentiment perspective,” Deutsche Bank analysts said.