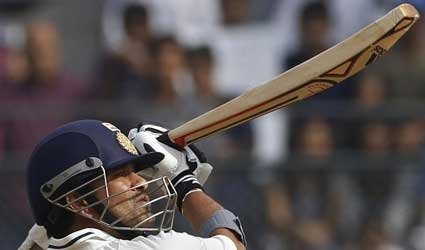 MUMBAI (Reuters) – Cricket’s most prolific run-scorer Sachin Tendulkar will play his 200th and final test match at his home ground in Mumbai against West Indies next month before bringing the curtain down on a glorious 24-year international career.

The 40-year-old Indian batsman had asked to end his career in front of his home crowd while local cricket associations battled to win the hosting rights for his send-off, local media had reported.

Tendulkar, who made his international debut against Pakistan in 1989 as a 16-year-old, would play his 199th test in the series opener at Kolkata’s Eden Gardens from November 6-10, according to a tour itinerary released on Tuesday.

He will then bring up No. 200 at the Wankhede Stadium overlooking the Arabian Sea from November 14-18 before retiring from all forms of the game.

The diminutive batsman holds the record for playing the most number of tests, with retired Australians Ricky Ponting and Steve Waugh second with 168. South Africa’s Jacques Kallis is the nearest active player with 163.

Tendulkar also holds the record for most test and one-day international runs scored, as well as the most test (51) and ODI (49) centuries.