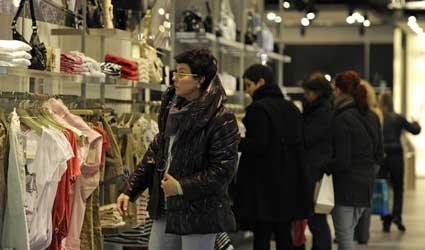 LONDON (Reuters) – British inflation was higher than expected in September and house prices posted their biggest rise in almost three years in August, adding to scepticism about how long the central bank can hold down interest rates.

Annual consumer price inflation was unchanged from August according to the Office for National Statistics data on Tuesday, defying forecasts for a tick-down to 2.6 percent.

In August the central bank pledged not to raise borrowing costs before Britain’s unemployment falls to 7 percent – something the bank forecasts will take three years – unless inflation threatens to get out of control.

Data due on Wednesday is expected to show the jobless rate remained at 7.7 percent in August, but 12 of 27 economists polled by Reuters said it would slip to 7.6 percent.

An increase in air fares did most to boost growth in consumer prices, while the main downward pressure on inflation came from motor fuels.

The statistics office said house prices rose 3.8 percent in the year to August, the fastest rise since October 2010.

House prices are likely to get a further boost from the government’s mortgage guarantee scheme, launched last week. Critics fear the latest phase of the Help to Buy programme will result in another housing bubble rather than more home building.

British inflation has persistently exceeded wage growth, which is running at around 1 percent. Last week British energy supplier SSE inflamed a political row over falling living standards when it raised prices by an average of 8.2 percent.

But other economists supported the central bank’s view that domestic inflation pressures remain subdued and the economy has plenty of scope to grow.

For a graph on British inflation, unemployment and base rate, click http://link.reuters.com/sub42v