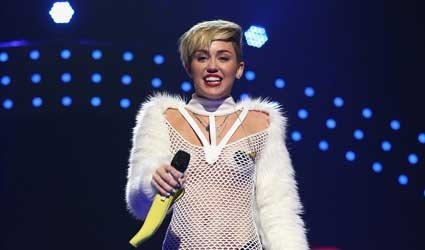 LONDON (Reuters) – American singer and actress Miley Cyrus became the first person to simultaneously notch up a number one single and a number one album in the British music chart this year, the Official Charts Company said on Sunday.

Her latest track, “Wrecking Ball”, went straight into the top slot in the single charts, while her fourth album, “Bangerz”, did the same in the albums chart.

The result was the best yet in Britain for the 20-year-old singer, the daughter of country singer Billy Ray Cyrus, who scored her first number one hit in the British singles chart in August with “We Can’t Stop”.

In the albums charts, last week’s number one album, “Days Are Gone”, from Californian sister-act Haim, fell to fifth place, while “Brand New Machine”, an album by Chase & Status went straight in at number two.