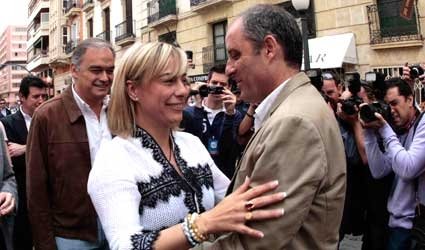 She has handed over to deputy mayor Andres Llorens on doctors’ orders.  Castedo has a daughter of 12 but has suffered three miscarriages in recent years and needs “total rest” for at least six weeks, they said.

The mayor is also an MP in the regional parliament and has signed an official statement to account for future absences.

Owing to Castedo’s involvement in the Brugal corruption case, it has been suggested that she could use her pregnancy as a convenient way of resigning her parliamentary seat.  Castedo recently ruled this out: “Pregnancy is not an illness,” she declared.