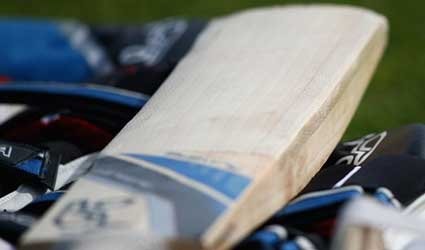 SYDNEY (Reuters) – The controversial Hotspot technology will not be available to umpires to review decisions in the upcoming Ashes series between Australia and England, its inventor Warren Brennan told local media.

Hotspot, which uses infrared cameras to determine whether the ball has struck the batsman, bat or pad, was the subject of much controversy in the Ashes in England series earlier this year, which the hosts won 3-0.

With a second series in Australia getting underway in Brisbane on November 21, Brennan told the Sydney Morning Herald that the technology had been dumped by host broadcaster Channel Nine for cost reasons.

“It’s their decision and that’s what’s been communicated to us. As far as I’m concerned, it is final,” Brennan, a former employee of Channel Nine, told the paper.

“We’re just moving on with things. Channel Nine have got a new deal with Cricket Australia which I know has cost them a lot more money. I gather there had to be some restructuring of costs.”

Channel Nine said it was not in a position to comment on the matter at this stage.

“The Nine Network are still finalising arrangements with our various stakeholders for the coming season,” a spokeswoman said via e-mail.

“Comprehensive details of our upcoming Ashes coverage will be available shortly.”

Although by no means at the centre of every controversial umpiring decision during the first series in July and August, there were several occasions when Hotspot failed to pick up edges.

Cricket Australia requested an explanation from global governing body the International Cricket Council over the dismissal of Usman Khawaja during the third test in Manchester.

The batsman was given out caught despite a review of the television pictures and Hotspot which showed no convincing evidence of a nick off the bat.

England’s leading batsman Kevin Pietersen was also involved in an incident in the same test when he was given out caught behind, even though nothing appeared on the Hotspot review.

If Brennan is correct, umpires will now have just the ball-tracking device “Eagle Eye”, slow motion replays and the microphones set into the stumps to aid their decisions.

Simon Taufel, the ICC’s umpire performance and training manager and a keen supporter of the Decision Review System (DRS), said the absence of Hotspot would be a blow to the umpires in the series.

“The news is a bit disappointing, to be honest, but we do understand the financial realities,” the former test umpire told Fox TV.

“The umpires will have a little bit of work on their hands to decide what is conclusive evidence.”

Back-to-back Ashes are being played this year to move the Australia-hosted series out of its position in the calendar immediately ahead of the limited overs World Cup every four years.