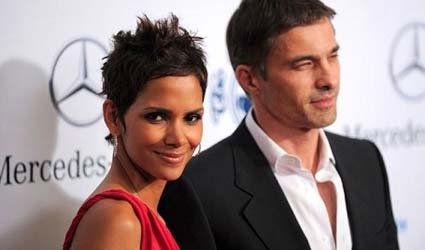 The baby is Berry’s second child and her first with French actor Olivier Martinez. Berry and Martinez, both 47, married in July. Berry has a five-year-old daughter, Nahla, with Canadian model Gabriel Aubry.

A former model, Berry has appeared in over 30 films, and won a Best Actress Oscar in 2001 for her role in the drama “Monster’s Ball,” becoming the first and only African-American woman to win an Oscar for a leading role.

She will reprise her role as Storm in “X-Men: Days of Future Past” when the film hits theatres in May of 2014.

Berry was previously married to baseball player David Justice and R&B singer Eric Benet, and had a five-year relationship with Aubry that ended in 2010.

She and Aubry reached a custody agreement in November 2012 after a bitter public battle over their daughter.