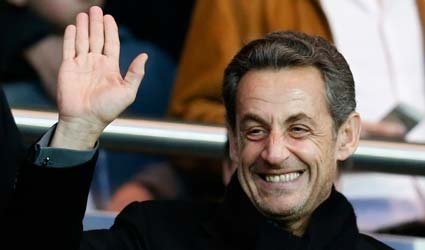 BORDEAUX, France (Reuters) – French investigators have abandoned a party funding inquiry against former president Nicolas Sarkozy, a judicial source said on Monday, in a legal case that could have scotched his chances of running for a new term.

Sarkozy, who many conservatives want to see lead the centre-right in the 2017 presidential race, was being pursued with others in an investigation into his UMP party’s ties with France’s richest woman, L’Oreal heiress Liliane Bettencourt.

At issue were allegations that Sarkozy, 58, took advantage of the mental frailty of billionaire Bettencourt to obtain money for his 2007 presidential campaign. He has denied wrongdoing.

The two magistrates in charge of the investigation decided to pursue their case against former French Budget Minister Eric Woerth and nine others in the case, said the judicial source, who spoke on condition of anonymity.

Sarkozy has largely stayed out of the limelight since his defeat to Francois Hollande, but since the start of the year has fanned speculation that he is mulling a re-election bid.

Some 62 percent of conservative UMP voters want to see Sarkozy run for the presidency in 2017, according to an Ifop poll published in September.

But while the ruling grants Sarkozy more freedom to intervene in public life, he faces further questioning in the so-called “Karachi Affair”, a drawn-out corruption case linked to arms sales and a deadly bombing in Pakistan in 2002.

A Paris appeals court last week authorised magistrates to investigate whether Sarkozy, then president, violated judicial secrecy in 2011 by publishing a statement which referred to case records that were meant to be kept secret.