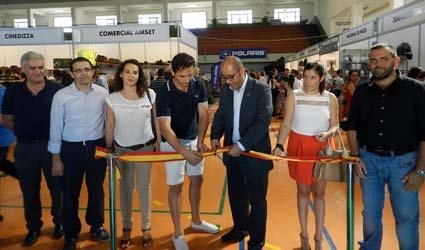 LEVANCAZA, the first Hunting Fair in Almeria, proved to be a huge success, receiving 5,000 visitors.

The  Sports Pavilion in Huercal-Overa  hosted the fair that was inspired by two youngsters from the town, aided by Gines Navarro and Jose Luis Azor of Huercal-Overa Town Hall. During the two days that the show lasted visitors came from all over Almeria  province and other locations such as Murcia.

The Councillor of Commerce, Monica Navarro, said that “the town hall was more than pleased with the great response the fair has had, not only among residents of the town but from other parts of Andalucia and Murcia.

“The government team has supported this project driven by two young  people of our town and the response proved that we were right to do it ‘.

There were around 30 companies that took part in Levancaza in which visitors were able to find it all things related to hunting and rural environment, with activities such as archery, falconry and equestrianism.
After the great success of the first event it is hoped that it can continue to be held in the future.