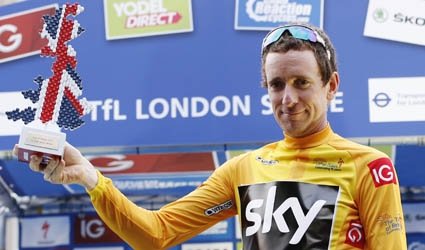 FLORENCE, Italy (Reuters) – Tour de France champion Chris Froome pulled out of the elite road race at the cycling world championships with some 100 kilometres left as the British team all abandoned the event on Sunday.

Froome pulled out with six 16.6-km laps remaining, following Bradley Wiggins and Mark Cavendish on the way to the team bus.

“Tough race out there, really dangerous once we reached the circuit, the rain has been relentless,” said Froome.

Froome, who did not seem to be at his best going into the race, was not ready to continue the effort almost alone after being isolated in the peloton.

“(It was hard) mentally more than anything else. It meant that I had to fight for my position on my own and there was a long way to go,” he said.

Geraint Thomas was the last British rider to pull out when he climbed off his bike towards the end of the fifth lap.

About half the peloton had pulled out by the halfway point of the 272.3-km, rain-hit race.

Former world champion Cadel Evans of Australia crashed out and was sent to hospital for checks, his team said.