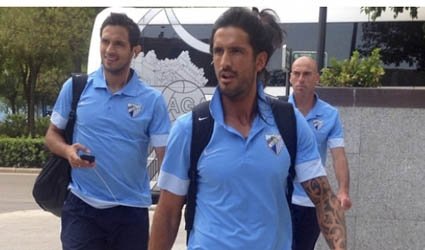 Malaga CF has arrived in Valladolid, ahead of tonight’s 7th BBVA League match of the season against Real Valladolid, kicking off at 9. The team left La Rosaleda at 9 a.m. to catch a charter flight at 10, landing in Valladolid at approximately 11:20. The team was then taken to Hotel Vincci Frontaura, and will remain there until tonight’s match. Club adviser, Francisco Martín Aguilar, is leading Bernd Schuster’s team, along with general manager, Vicente Casado.