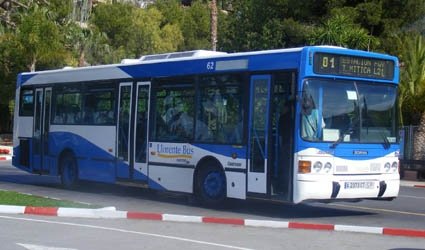 BENIDORM bus fares are amongst the most expensive in Spain.

In contrast this would be charged at €1.40 in Alicante city, €1.25 in Gijon (Asturias), €1.20 in Granada, €1.05 in Murcia and Oviedo and €1 in both Fuengirola and Santiago de Compostela. Not only are the tickets dear, EU continued, but there are few special tariffs or season tickets.

Are Benidorm’s buses too expensive? – Leave your comments below

Retired people on low non-contributory pensions and the disabled get free passes in many towns and cities but not in Benidorm, the spokesman complained.

Local transport is aimed at tourists without benefitting people who live there all year round, he declared.