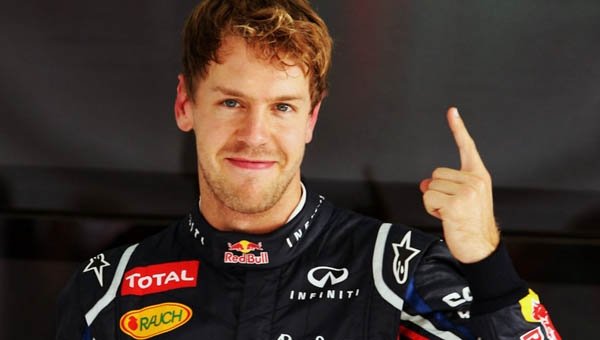 Red Bull driver Sebastian Vettel says he has a “love-hate relationship” with the Singapore Grand Prix, as he aims for a third straight victory at the Marina Bay circuit this weekend.

The love comes easily for a circuit which has played a key role in the past two of his three championship victories, while the hate stems from the challenge of a two-hour race in tropical heat.

“It’s a love-hate relationship in a way, because I love the challenge, but I know it’s very hard work,” Vettel said Thursday, adding that the Singapore GP was more difficult than the similarly tight and twisty Monaco street circuit.

This will be only the sixth Singapore GP, but its status as the calendar’s only night race, with big crowds, has already made an impression on Vettel.

“Formula One has not been here for long, but it already feels like a classic,” he said.

The German appears destined for a fourth straight F1 drivers’ championship, as he leads nearest rival Fernando Alonso of Ferrari by 53 points with seven races left.

The only other men to have achieved four straight titles are Juan Manuel Fangio, and Vettel’s idol and German compatriot Michael Schumacher, who won five in a row.

Just as Schumacher’s sequence prompted concerns that F1 had become too predictable, ushering in a slew of rule changes, Vettel’s dominance has sparked worries that fans were becoming jaded by Red Bull’s dominance.

“There are some people for sure who are tired of Red Bull winning but we are not,” Vettel said. “The most important thing to remember is how hard we had to work to get there in the first place.”

A challenge to Vettel’s dominance will not come from within the team, with Red Bull appointing the inexperienced Daniel Ricciardo as his teammate from next year, replacing his Australian compatriot Mark Webber.

Vettel acknowledged he is now the undisputed top dog within the team — quipping about Ricciardo that “if he wins the championship next year I will look pretty stupid” — but said his battles with Webber should not be underestimated.

“It has been much closer than what it looks like from the outside sometimes,” he said. “I have not had it easy, and I am sure I won’t have it easy in the future.”