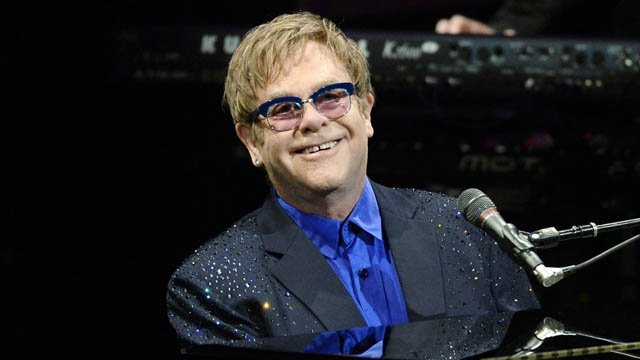 LOS ANGELES (Reuters) – At 66 years old, Elton John says he can make whatever kind of music he wants, regardless of commercial pressure, but he professes to love what young musicians are doing today.

At a rare free concert in Los Angeles on Monday night, John told the audience that it’s time to turn over the spotlight to younger artists, even as he prepares to release his 30th solo studio album “The Diving Board.”

“I (my music) don’t play on the radio. It’s other people’s turn. But at my age, I can do what I want,” the British singer-songwriter, clad in his usual long glittering coat, said on Monday during a question-and-answer session between concert segments at the University of Southern California.

Despite the loud and energetic performance that included popular 1970s hits “Tiny Dancer” and “Levon,” John’s age was a prominent theme of the evening, and he opened the show with the number, “Sixty Years On.”

John, who studied music for six years at London’s Royal Academy of Music after winning a scholarship at age 11, told the audience, many of whom were music students, that he puts special emphasis on the youth.


“Listen to everything. Don’t be dismissive,” instructed John, who said he dropped out of music school to pursue rock because his fingers were like “cocktail sausages” and not long enough for a career in classical music.

“I pay tribute to the young. I have faith in the young and I love listening to new music,” he added.

John, who underwent surgery this summer for appendicitis, raved about young artists like 16-year-old New Zealand singer-songwriter Lorde and described working in the studio with rappers Eminem and Kanye West as inspirational.

“If you want to coast and play ‘Bennie and the Jets,’ you might as well, just (expletive) off. Coasting is dangerous,” he said, referring to himself and his need to constantly try new approaches and to listen to the new music of the day.

After speaking, John played a few songs from “The Diving Board,” his new album that will be released on September 24.

He described the album as more mature and reflective than his earlier work.

“This is an album by a 66-year-old man,” he said, noting it was not an album he would have put out in his 20s, when he wrote songs like “Rocket Man.”

The new album was written by John and longtime lyricist Bernie Taupin and produced by Grammy and Oscar winner T Bone Burnett.

John played “Oscar Wilde Gets Out” and “Home Again” and “Mexican Vacation (Kids in the Candlelight),” among others from “The Diving Board.”

John is also set to make his Emmys debut this Sunday with a tribute to Liberace as part of the annual television awards show. The HBO biopic of the late pianist, “Behind the Candelabra,” starring Michael Douglas and Matt Damon, vies for 15 awards.

After playing his new songs, John dove back into some oldies but goodies like “The Bitch Is Back,” “Bennie and the Jets,” and “Goodbye Yellow Brick Road.”

For an encore, he waved away his guitarist for a solo performance of “Rocket Man.”

For much of the performance, John was backed by his own band and also by the university’s student symphony.