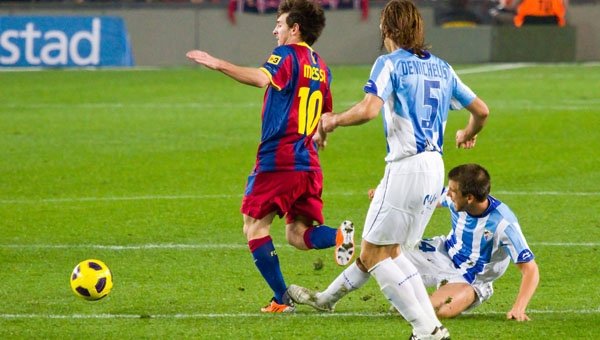 UEFA has confirmed that Malaga have had the second year of their European ban lifted but the Champions League quarter-finalists will still be barred from playing in continental competition next season should they qualify. The club said last week that the second year of their ban had been lifted by UEFA, and that news was confirmed today by the European governing body, who also announced that five other clubs had received reduced sanctions.

Qatari-owned Malaga had been handed a two-year ban from European competition, with one year suspended, and fined €300,000 due to unpaid bills.

Vicente Casado, Malaga’s general manager, said, “This decision and the granting of the Licence confirms what the Club has maintained since the beginning, when our compliance with regulations was first in question.

“We’ve worked, and will continue to work as hard as we can, as we’re very optimistic about the future.”
Malaga are sixth in La Liga and seem certain to finish in the Europa League places as they sit five points clear of eighth-placed Rayo Vallecano with two games left to play.