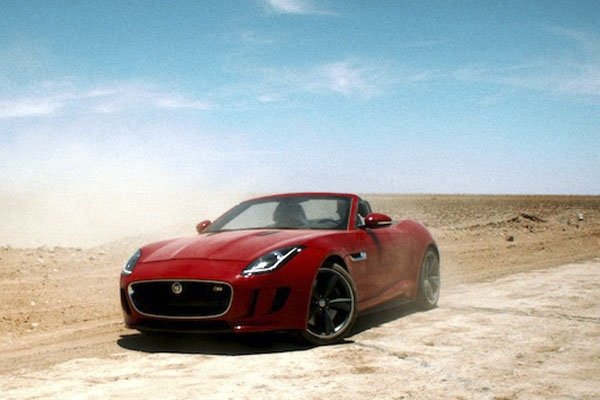 Media at Sundance London were the first to see the global premiere of ‘Desire’, the short dramatic film by Jaguar in collaboration with Ridley Scott Associates (RSA). The film stars British actor Damian Lewis, who was dressed for his role in Burberry Tailoring, as well as Spanish actor Jordi Mollà and American actress Shannyn Sossamon.

The highly anticipated short film was shown for the first time at London’s The O2, after the festival’s opening press conference, which attracted media from all over the world. ‘Desire’ Director, Adam Smith, from Ridley Scott Associates, introduced the film and described the creative project as: “a real adventure; a story of betrayal, retribution, passion and greed”.

Caspar Delaney, the RSA Producer of Desire, described the shoot location, Chile’s Atacama desert, as being perfect for the film as it is: “one of the most spectacular landscapes and locations in the world”.


“We were hugely excited when Jaguar approached us to work on this film, and with such a fantastic cast. For us, Sundance London is the perfect setting to screen ‘Desire’ to a global audience.

“Working with Damian, Shannyn and Jordi has genuinely been a privilege. To see actors of that calibre at work and to watch them contribute massively to the development of their own characters really brought them to life, which has all together made this an incredible film to be a part of.”

Ian Armstrong, Global Marketing Communications Director, Jaguar, said: “Jaguar is synonymous with some iconic moments in cinematic history, and we’re excited about reigniting this powerful combination through a British-led, world class artistic project. We believe, alongside Ridley Scott Associates, that we have a visionary and outstanding quality filmic product, which is a great platform for our most important product launch in 50 years – the F-TYPE Jaguar”

On her collaboration with Jaguar, she said:  “Film has always been so precious to me and I’m so proud to be a part of what Jaguar have envisioned for their new car with Damian Lewis. Making art means making tough decisions. I do believe you create your own life path and that you will be rewarded for following your passions – and sticking to it. It’s just good to know now, with people like Jaguar and working with them, that I’m not the only one out there with such strident, creative beliefs.”

Watch Damian, Shannyn and Jordi in action in three ‘behind the scenes’ videos that give great insight into the production process, driving stunts and words from Desire’s very own leading man:

Andalucia reports an increase in hospitalisations

Torra told to go from president role of the Generalitat